Cookies help us deliver our services. By using our services, you agree to our use of cookies. Learn more
Rose Bruford College

This is equivalent to two C’s at ‘A’ level or one Merit and two Passes at BTEC (QCF) National Diploma or equivalent. * We offer places based upon your future potential. We may offer you a place based on lower UCAS points than shown here, or an offer that is not linked to UCAS points, if we have evidence of your potential from your application or interview/audition.

• You will receive outstanding career development and support during your study, working only with top professional people, including preparation for agent representation, casting directors and auditions. Over the years our students have signed with agents International Artists, Shepherd Management, Simon & How, The Artist Partnership to name a few.

• Alongside numerous College-based performances, you will take part in an industry showcase and perform in a range of fully-mounted productions in professional venues.

**Career opportunities**
Alongside the core disciplines of voice, movement and acting techniques, you will develop a range of creative and transferable skills that will encourage you to become an independent thinker and motivated artist; an articulate and reflective practitioner equipped to succeed in an increasingly competitive profession.
Our graduates have gone on to work with Britain’s Royal National Theatre, The Royal Shakespeare Company, regional theatres and commercial theatres (including the West End), the BBC and other film and television companies, including Hollywood careers.

**“Rose Bruford College gave me a greater selection of tools and skills to draw upon and utilise when approaching any project.”** Zaqi Ismail, Acting, 2015 graduate

£20,280
high
Average annual salary
92%
low
Employed or in further education
55%
high
Employed in a role where degree was essential or beneficial

Nearby University
University of East London
Acting for Stage and Screen (with Foundation Year)
Bachelor of Arts (with Honours) - BA (Hons)
4.0 years | Full-time | 2021 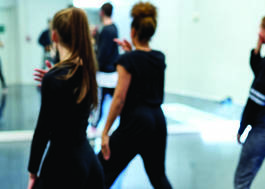 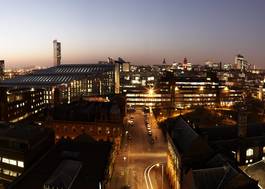