Pass with Distinction (24 Distinctions to include 3 in Mathematics and 3 in Physics, plus 15 merits at Level 3).

To include 6 in HL Mathematics and 5-6 in HL Physics.

Pplus A-level grade A in Physics. Applicants will also be expected to demonstrate mathematics equivalent to A-level grade B or above potentially during interview.

ABBBC to include B in Mathematics.

As a student on the three-year BSc Physics degree you will be joining the UK’s top department for satisfaction with teaching and organisation & management (National Student Survey 2018) and will be taught by world-leading scientists in our state-of-the-art facilities including a new £4.2m suite of science laboratories. Physics at Swansea is also ranked 13th in The Guardian University Guide 2019. Swansea University is also ranked Gold in the Teaching Excellence Framework, the highest rank for teaching in universities.

This degree is also offered as a four-year course, with a year in industry (F478) or with a year abroad (F302). There is also a foundation route available for those students who do not achieve the entry requirements for this course (F301).

As a physics student, you will also benefit from exceptional project supervision, small group teaching, and opportunities for summer studentships and projects at the CERN Particle Physics Laboratory.

In Year 3, you will study modules covering Quantum Mechanics; Atomic Physics; Condensed Matter Physics; Quantum Optics; Particle Physics; Nuclear Physics; and Climate Physics; as well as research skills and a project in English or Welsh. There are also optional modules, such as General Relativity; Cosmology; Modern Laser Systems; Astrophysics; and Teaching Physics via a School Placement. 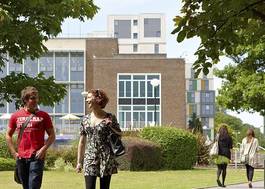 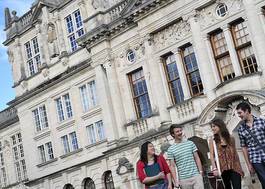