You normally require an A Level grade B or above in the advanced language(s) you wish to study. If you do not have the relevant language A Level(s), please feel free to contact us to discuss your options.

Accepted in place of A levels with the following grade equivalencies: D2 = A*; D3 = A; M2 = B. Combinations of A levels and Principle subjects are accepted. NB required subjects must be offered (see A level Section)

Accepted in place of a non-required A level with the equivalent grade.

Birmingham’s fusion of language and culture places employability at its heart, preparing you to live and work as an engaged citizen of the world. Our BA Modern Languages programme is highly flexible. You can choose to study one, two or three languages to a high level in your degree course.

**One language** If you have French, German, Italian, Russian or Spanish at A Level you can focus on one language.

**Up to three languages** If you want to you can study up to two other languages, which can include up to two from scratch (as long as one of these is French or Spanish). Languages offered at beginner level include the languages mentioned above, as well as Portuguese, Catalan, Chinese, Japanese or even English as a Modern Foreign Language.

**Translation Studies** this dedicated minor option can be taken alongside one or two languages.

**More than Fluent** – Choose vocational modules in areas such as Translation, Language Teaching, Legal Culture, Business and more; leading into a wide-range of career prospects with the help of our Careers and Employability team.

**Practice as a Professional** – Develop your skills with our state-of-the-art translation suite, Televic interpreting desks and sound proof booths. This facility provides the opportunity for you to use equipment at the same professional standard as the United Nations.

**Multicultural City** – Learn and live in a vibrant city that is culturally, ethnically and religiously diverse. Join a number of language and culture-based societies at the University of Birmingham to further enhance your skills and meet new friends.

**Focused Academic Contact** - We pride ourselves on competitive contact hours and intensive small-group teaching offering you active language-learning through engagement with cultural material.

**Becoming Multilingual** - Choose between one, two or three languages, including two as a complete beginner. Develop your skills by splitting your year abroad across three different languages and countries.

First-year modules cover a broad base of the subject and are designed to introduce you to ways of studying at university. By the final year the modules you take will become more specialised and reflect the research expertise of the academic staff. More detailed module information can be found on the ‘Course detail’ tab on the University of Birmingham’s coursefinder web pages.

£21,000
med
Average annual salary
100%
high
Employed or in further education
68%
med
Employed in a role where degree was essential or beneficial 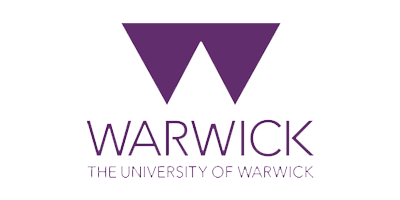