- Focus in-depth on some of the monumental historical events of the past two centuries, such as the world wars and the rise of Soviet Communism

- Study in a beautiful city steeped in history

The past two centuries have seen enormous advances in technology and economic globalisation, but they have also witnessed catastrophic world wars, the Holocaust and the rise of Soviet Communism. Modern History at Winchester allows you to study how such relatively recent events have formed the modern world we inhabit.

Our committed team of historians are passionate about their subjects, which cover a broad range of cultures, wars and traditions from around the globe. Studying alongside them, you gain a solid grounding in the academic disciplines of historical analysis, as well as an understanding of the great sweep of global history and its influence on today’s world.

You can choose to focus your studies on Britain, but you can also explore a variety of historical periods, events and cultures, including Asia, Europe and the Americas through a broad range of optional modules.

The foundation year (first year of study) gives you the chance to commence your studies at the University of Winchester if you do not meet the existing entry requirements or if you feel you would benefit from the opportunity to develop your study skills prior to embarking on the degree programme. The foundation year will equip you with the academic, professional and personal skills for successful study in higher education. Modules will cover broad academic topics as well as an introduction to your chosen subject. You will have the opportunity to study alongside students undertaking a range of degree programmes.

In Year 1 (second year of study), you take core modules that explore the nature of history as a discipline. You look at the changing assumptions, methods and definitions of history and explore the current concerns of historians.

In Year 2 (third year of study), core modules in Reading History and Practising History deepen your understanding of the discipline. You also select from a range of optional modules that focus on the modern world, concentrating either on using original documents, or exploring continuity and change over long periods. Options may include The British Raj, Revolutionary Russia, Nazism and the Holocaust, and The History of Rock and Roll.

In Year 3 (fourth year of study), you will produce your dissertation and take core modules in Writing History and History and the Public Sphere. Optional modules take the form of Depth Studies and Comparative Studies. An understanding of methodology is developed by Depth Studies, which establish a comprehensive knowledge of a particular period by evaluating the use of primary and secondary sources and any issues associated with them as evidence. While an area of historical concern across more than one country and culture is examined by Comparative Studies.

Depth Studies options may include The United States and the Cold War 1945-63, and Japan at War and Under Occupation 1937-52. Possible Comparative Studies options are Minorities in the Past and Mediterranean Fascism: Conflict and Dictatorship in Spain and Italy 1914-1947.

By studying Modern History you develop transferable skills in written and oral communication, both as part of a group and individually, and critical analysis of evidence and large bodies of material.

£19,500
med
Average annual salary
93%
low
Employed or in further education
89%
med
Employed in a role where degree was essential or beneficial 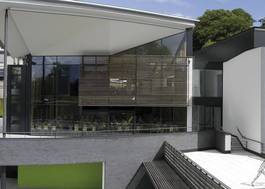 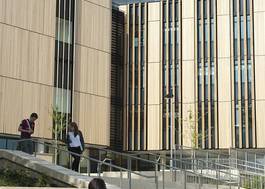 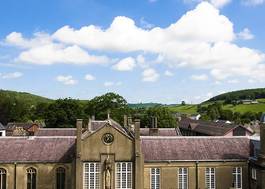 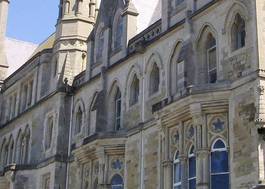