Cookies help us deliver our services. By using our services, you agree to our use of cookies. Learn more
Glyndwr University, Wrexham

Accepted alongside A-Levels as part of overall 112 UCAS Tariff requirement.

As well as the television studio, the course is built around the practical use of the university’s Centre for the Creative Industries and its wide range of facilities. The centre is home to BBC Cymru Wales in North East Wales.
You can also choose to study this course as a foundation year BSc (Hons) Professional Sound and Video (four years including foundation year) UCAS code:G3B5
•The Centre for the Creative Industries supports work across a range of creative disciplines using the latest in television production technology.
•Wrexham Glyndwr’s Television Studio, which features 4K and High Definition cameras and equipment and multi camera control room.
•Post-production facilities both Mac and PC based with grading and finishing suite
•Students lead Glyndwr.tv live sessions, streamed live and featuring a mixture of high profile as well as local bands and performers.
•There are two audio post-production studios in the Wall Studio and TV studio respectively.
•Calon FM Community radio station is based in the creative industries building and offers volunteer and collaboration work. The University is one of only three higher education institutions to have such a facility on campus.
•Our graduates have collaborated with a range of local companies including NHS Wales, Wales Rugby League, Clwyd Theatre Cymru and numerous local organisations and productions.
•Past graduates have gone on to work with media companies such as the BBC, Universal Music, QVC and Technicolor and other students have taken on freelance roles and formed their own production companies.
•Previous Creative Industries events at the University have included Ffresh Student Moving Image Festival of Wales and an annual Creative Futures networking event.
•The IT facilities form a core part of course delivery, introducing a range of Non Linear Editing software such as Final Cut, Premiere and AVID as well as colour correction, compositing and 3D packages. The audio is catered for by use of Logic, Protools, MAX, MSP, Jitter and various bespoke packages. These IT facilities are also open access and are available to students in order to develop their skills. 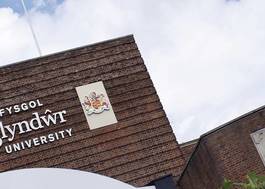 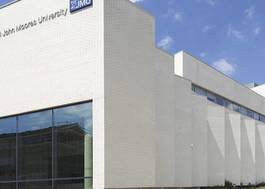