This course focuses on the political, social and cultural history of the Greek and Roman world, and their interactions with neighbouring societies. In your first year, you study core topics in Greek and Roman history, as well as a module focusing on ancient historical writing. These courses prepare you for a wide range of more specifically historical modules about politics and society in the ancient world available in your second and third years. The course includes the option of beginning to learn Greek or Latin language (or continuing, if you have studied the languages already).

**Year 1**
In the first year, you take an introductory module on ancient historiography: The Craft of the Ancient Historian

You will also take two interdisciplinary modules that serve to give you grounding in the central periods of Greek and Roman culture:
Remembering Athens
Monuments and Memory in the Age of Augustus

Other previous first-year optional modules included:
Beginners’ Latin and Greek
Intermediate Latin and Greek (if you have an A level or equivalent)
Greek Art and Architecture
Early Greek Philosophy
Socrates and the Socratics

**Year 2**
Historical modules in the second year offer deeper and broader surveys of political and social history from the Greek and Roman worlds. You will take at least three ancient history modules in your second year.

In addition, you can choose from a range of modules exploring literary, philosophical and cultural topics. If you choose to study Latin or Greek you may continue these courses in your second year. It is also possible to begin the study of Latin or Greek in the second year.

Historical offerings have previously included:
Athens, Sparta and the Greek World
The Hellenistic World
Crisis of The Roman Republic
Emperors and Dynasties.

**Year 3 (Year 4 if taking a Year Abroad)**
You will write a Dissertation in your third year. You will choose a topic at the end of your second year in consultation with an adviser, with who you will meet regularly for guidance throughout year three.

Third-year modules typically cover specific topics that arise out of the research interests of our members of staff. At least two of your third-year modules must focus on ancient historical subjects; you can also choose from modules which explore cultural, literary and philosophical themes. If you study Latin and Greek you can proceed to the next level, with the texts becoming more difficult or fragmentary.

For this course the study of ancient languages is not required, though it is permitted as an option; and each year at least half of your modules must be on historical topics.

We review course structures and core content (in light of e.g. external and student feedback) every year, and will publish finalised core requirements for 2020 entry from September 2019.

£25,000
high
Average annual salary
94%
med
Employed or in further education
89%
med
Employed in a role where degree was essential or beneficial

25%
Business, research and administrative professionals
12%
Artistic, literary and media occupations
12%
Managers and proprietors in other services

This subject has been a mainstay of the UK university system for centuries and is still going strong! Over 1000 graduates received classics degrees in 2015 and a quarter of those went on to further study, usually a Masters, and although many stayed with Classics, or moved slightly to history or archaeology, some changed to topics like law and teaching. Half of those who did go into work found jobs in London or the South East. Common jobs included working in education, marketing and advertising, or the finance industry as advisors or even accountants. Personal contacts were particularly important for these graduates in finding their first job, so good networks may help your job search when the time comes. 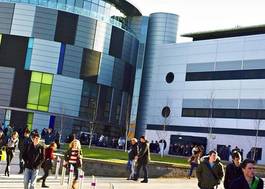 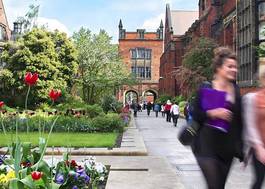